Prof Patrick Paul Walsh was interviewed for Chinese Central TV when they were in Dublin recording a feature on the Irish Economy. The original can be viewed online here.

Highlights from the piece are provided below:

After ten years of bank restructuring and fiscal structural adjustment Ireland is ready to host Chinese Business and Investment Banks.

Ireland seems to be the first successful European country to walk out the Euro debt crisis. How did Ireland achieve such a turnaround? What role can China’s capital play in the future of the Irish economy? The success of Ireland has prompted CCTV (China Central TV) to report on the Irish economy and opportunities for Chinese investment: 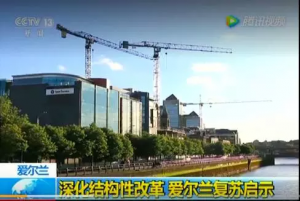 AIB bank, which received a huge bailout is coming out of the crisis and has been re-launched on the open market. 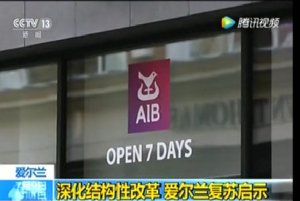 Frances Mary Fitzgerald, Tánaiste and Minister for Enterprise and Innovation told the CCTV reporter that Ireland has been the fastest economy growth in Europe in the last three years. In addition, the unemployment rate has dropped from 15% to 6%. 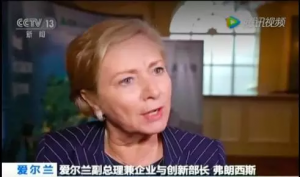 Prof. Patrick Paul Walsh from School of Politics and International Relations, University College Dublin said that Ireland has successfully brought down the debt to GDP ratio, low fiscal deficit and has reconstructed the banks. A lot of key financial and economic indicators now look good in Ireland. 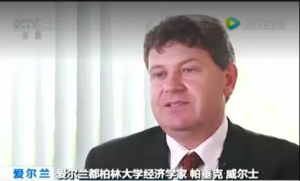 Martin Shanahan, the IDA Chief Executive, said that Ireland was extremely familiar with the “One belt, one road” initiative. Ireland, as one of the most open economy in the world, supports any initiative which helps building trade and investment flows globally. Ireland is very supportive of “One belt, one road” project. There are a lot of opportunities that can be exploited between Ireland and China. In the investment perspective, Ireland can do well by focusing on high -technology sectors and financial services.

Bank of China was one of the first Chinese-funded financial institutions stationed in Ireland. With the pace of Chinese investors, Chinese banks will provide the financial support needed for overseas investment of Chinese enterprises in Ireland with the aim of promoting the internationalization of the (RMB, Chinese currency) within the “one belt, one road” initiative. Chairman of the Bank of China emphasized the internationalization of RMB and the “one belt, one road” initiative as an important inputs into global economic development. 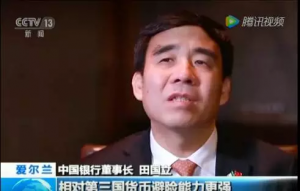 Ireland is the first country of Euro zone to get out of the European debt crisis, but the Euro Zone countries still have a long way to recover. The investment and development of Chinese-funded enterprises in the euro area, aided by Chinese-funded financial institutions, will promote economic and trade exchanges between China and EU and contribute to the recovery of the EU and the global economy. Ireland can be part of that.