MDP: Convoys, callows and Clusters; a day in the life of ‘UNMIL’ 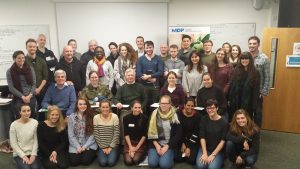 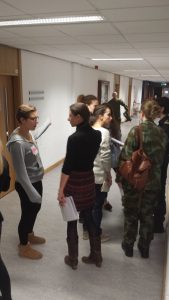 It might look like F block in Newman, but this is HIBERNIA. Or more correctly, this is the besieged enclave of Donard, in the secessionist county of Wicklow and a Chapter VII UN mission has just arrived – with both a military and humanitarian component. And all just in time to witness a marked increase in hostility on the part of the besieging Lavian forces, an outbreak of what may well be cholera in the massively overcrowded minority Athian IDP camp on the River Meadows, and an increasingly tense three way stand off between Lavians, Athians and Federal Forces over freedom of movement for WFP convoys carrying essential food-stock to the desperate, local population and IDPs trapped in the enclave.

On the humanitarian side, the lead is being taken by a UN Regional Office and an OCHA team. UNHCR are worried about their inability to get the convoys through while also setting up a CCCM cluster and finding a threatened solo-run by one of the NGOs a bit frustrating. Meanwhile, the ICRC are involved in a low-profile effort to set-up a cross-lines prisoner exchange….

Strange how real it all felt after an hour or so! 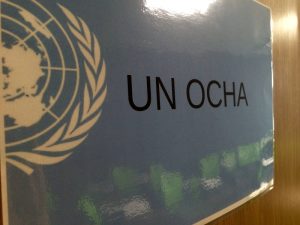 The reality was we were deep into a detailed, UN mission scenario (UNMIL 2016) set in a fictional, historical, political, socio-economic, military and humanitarian situation in a post-conflict state, and offering a whole raft of challenges and opportunities which needed to be managed by mission participants; that is the Year 2 MDP students aided and abetted by a 15-strong team of mentors and role-players who worked throughout a long day to give UNMIL 2016 participants a strong sense of what it is like to work in a UN mandated Chapter VII mission, based on a Comprehensive Approach, and focusing on co-operation and co-ordination within an unstable environment.

UNMIL 2016 was the capstone of the MDP class’ module on doing development work in fragile and transitional settings. It was developed by Dr Conor Galvin, UCD, to provide a challenging, immersive, experience across a limited time-frame and so to offer intense but valuable learning opportunities to participants. The scenario’s underpinning purpose was to introduce the MDP Yr 2 students to the challenges of working the development spaces in today’s peace-support and crisis-response operations. It centred around a series of incidents and issues developed through a rich, scenario-driven exercise, each calling consistently for team-based, task-focused collaborative action to generate workable solutions.

UNMIL 2016 was designed to generate not only better knowledge and understanding of the roles, capabilities, policies, operational procedures and limitations of the principal contributors to a UN mission but also to illuminate the complexity of today’s multi-party, post-conflict development work. In short, UNMIL practised – in a surprisingly ‘realistic’ setting – skill-sets ranging from load logistics and camp design, to preventative epidemiology, and the capacity to negotiate and mediate – sometimes under extreme provocation and pressure – for the sake of those affected in post-conflict development / humanitarian settings. 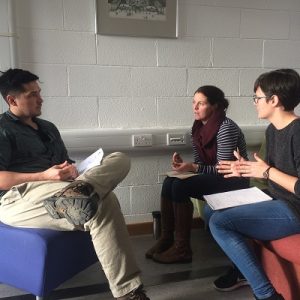 UNMIL 2016 was designed to generate not only better knowledge and understanding of the roles, capabilities, policies, operational procedures and limitations of the principal contributors to a UN mission but also to illuminate the complexity of today’s multi-party post-conflict work. It practised – in a surprisingly ‘real’ setting – skill sets ranging from load logistics and camp design, to preventative epidemiology, and to intense capacities for negotiation and mediation in humanitarian settings.

[Much of the material development and the training assistance brought in for the scenario was made possible by a small grant from the College of Social Sciences and Law Research Funding Scheme, 2015.]