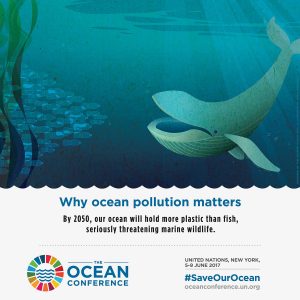 The High-Level United Nations Conference to Support the Implementation of Sustainable Development Goal 14 (‘Conserve and sustainably use the oceans, seas and marine resources for sustainable development’) was convened at United Nations Headquarters in New York from 5 to 9 June 2017. In an interview with Future Earth, Professor Patrick Paul Walsh overviews the conference. 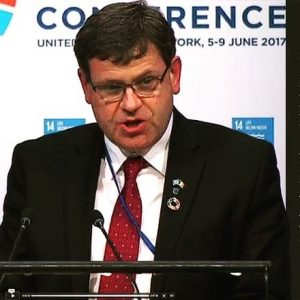 Prof Walsh speaking at the conference

Professor Paul Patrick Walsh, on behalf of University College Dublin, addressed the plenary session of the United Nations Oceans Conference in the General Assembly Hall.  It was the first time any University made an official statement at a plenary session of an official UN meeting in the General Assembly.   The UN Sustainable Project was designed to be implemented by Member States and UN Major Stockholder Groups.  Hence UCD spoke as a member of the UN Major Group for Science and Technology and the UN Sustainable Development Solutions Network (SDSN).  Professor Patrick Paul Walsh outlined the emergency of governing the ‘global commons’ and how we can remedy negative global trends.

Governance of the global commons is becoming an emergency for all. Once the tragedy of the commons is addressed, we believe that stakeholder partnerships can be incentivized with appropriate technologies and policies at local levels that can remedy these negative global trends.

The full text of Professor Walsh’s speech can be accessed here.

A video recording of the intervention can be found here.

Professor Walsh led the UCD delegation in attendance at the UN Ocean Conference. He was accompanied by the Vice-Principal for Internationalisation in the College of Social Sciences and Law, Dr Richard Collins, plus SPIRe PhD Candidate, Mohammed AlRizeiqi and the Auditor of the recently formed UCD Politics and International Relations Society, Sarah El Said. 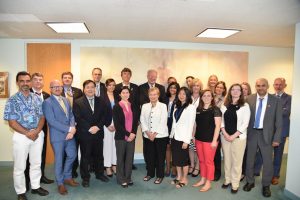 University College Dublin also hosted a breakfast in the Irish Mission to the UN and an UN Ocean Conference Side Event entitled “Combining Stakeholder Knowledge to Promote Innovation and Transformative Actions in Support of Sustainable Development Goal 14” in partnership with Kiel University, UN SDSN and Future Earth. 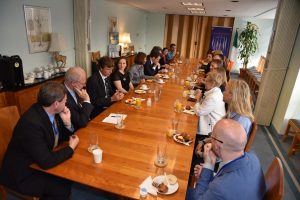 Contributions among others by:

Details of UN Side Event can be found on the program from June 9th and a recording of the side event is also available.